Paphos, city of birth of Aphrodite, is one of the most beautiful and oldest town on the west coast of Cyprus. Paphos has been listed as a UNESCO World Heritage Site and also named a European Capital of Culture, in 2017. To deserve these praises, a regeneration project was prepared for restoration,consolidation and renovation of the Paphos buildings and monuments.

Paphos, city of birth of Aphrodite, is one of the most beautiful and oldest town on the west coast of Cyprus.

Paphos has been listed as a UNESCO World Heritage Site and also named a European Capital of Culture, in 2017.

To deserve these praises, a regeneration project was prepared for restoration,consolidation and renovation of the Paphos buildings and monuments.

After the renovation of the important buildings, a competition was held for a new lighting system and a Temporary Business Association was established to develop a lighting concept.

The lighting concept of the designer was to highlight the historical and architectural details of the buildings, without using homogeneous and diffused light and create visual effects with light and shadows.

To have these effects, a series of luminaires with antiglare control and with different beam angle options, were choosen from iGuzzini.

On the façades, blade effect surface mounted LED luminaires were used to create lightlines on the top edges of the buildings, between the columns and inside the windows to frame the space. 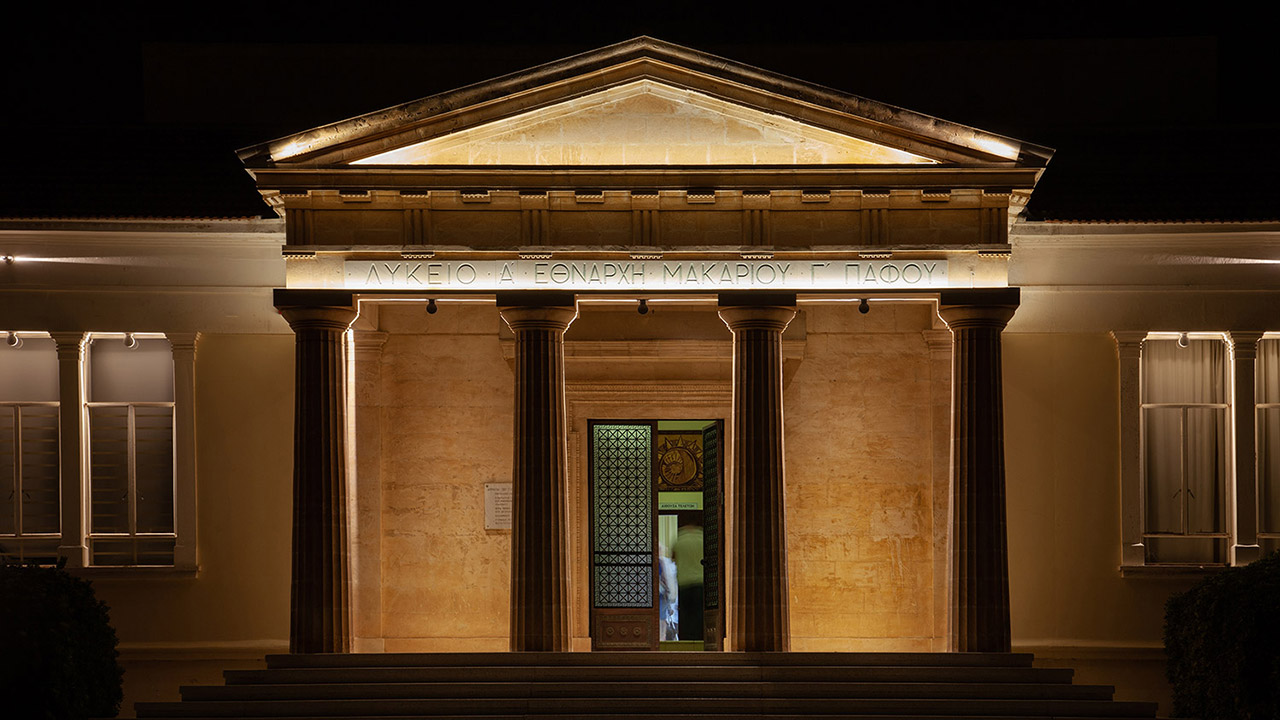 Compact LED projectors were located at the bases of the columns to emphasize their height, at the top or at the corners of buildings to mark the structural details of the buildings.

To lit the commemorative coloums and trees in the square, ground recessed outdoor luminaires were used. 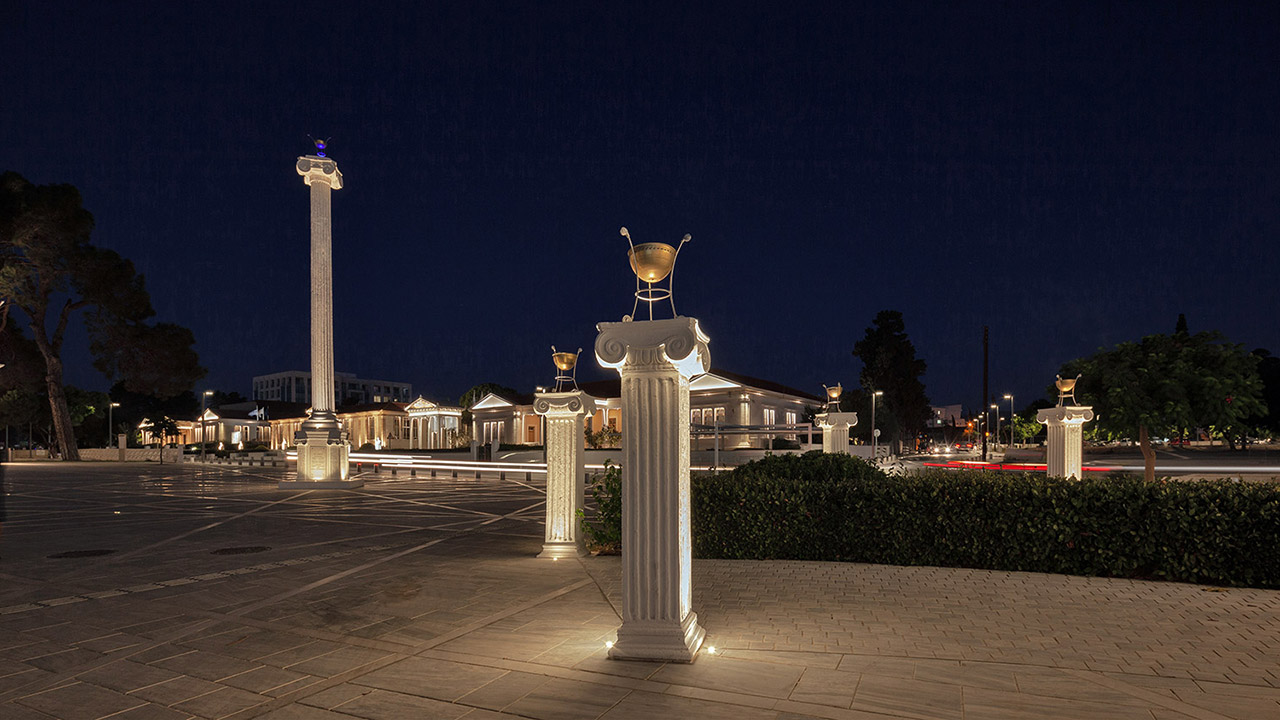 Specially designed, 3 meter-high bollards were choosen to provide a homogeneous illumination in the pedestrian areas. 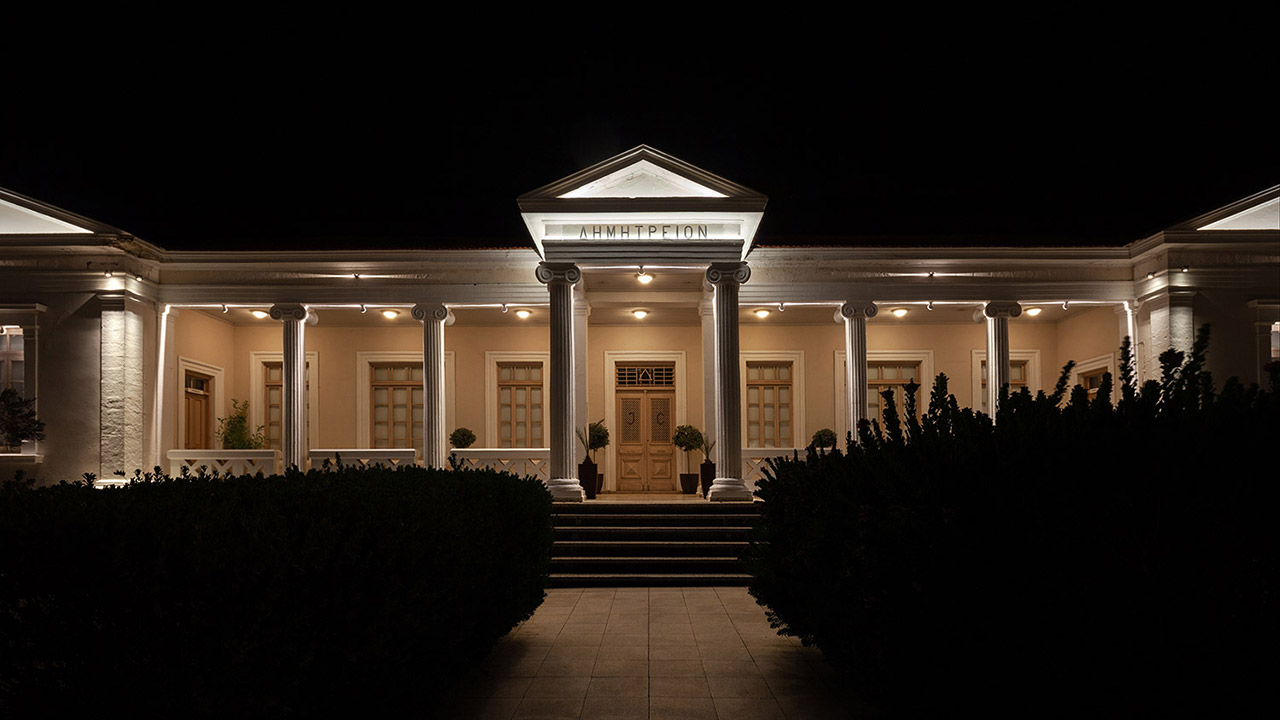 All the luminaires can be controlled by KNX system. This option allows to create different scenarios for special occasions. 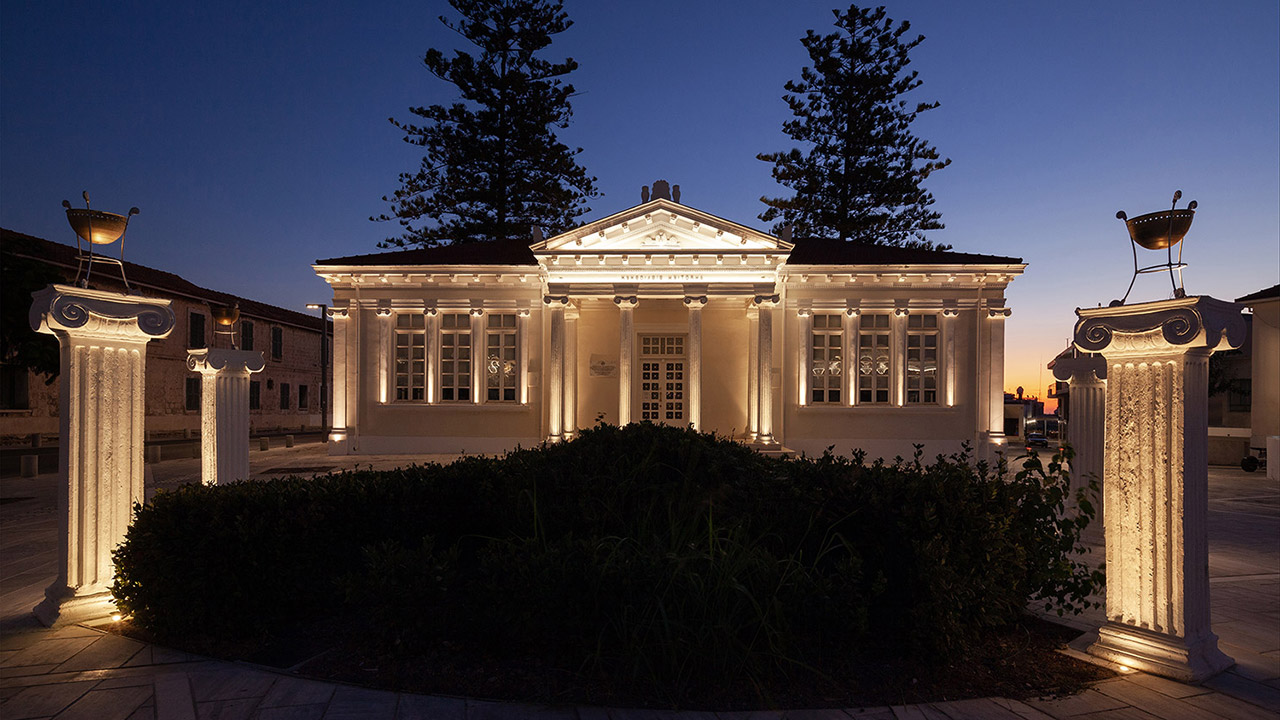 Pathos lighting design shows us one again that to create shadows and using light where it needed, is a right solution to mark the details of a building, to create dramatic effects and to have a harmonious illumination with the building structure.

Ayşe Özkiper
After Notre Dame de Sion French High School, Ayşe Dilay Özkiper continued her education at the Istanbul Technical University and has been graduated as an Architect. She also graduated from her MBA at the Istanbul University Institute of Business Economics. She attended various workshops, formations, and schoolings on lighting design and technique. Özkiper spent the last 20 years of her 29-year professional career in the lighting sector with the expertise of architectural lighting and still continues as a lighting designer and consultant.
Related Posts

Holland Casino Venlo: Media Facade as a Global Business Card
Holland Casino Venlo, which was put into service in the province of Limburg in the south of the Netherlands, gained a unique appearance with the LED facade lighting made by Livingprojects. The facade of the building is impressive, iconic, majestic and extraordinary, giving visitors a feeling of Vegas.
0
266

Panda House
The zoo in Copenhagen is one of the oldest in Europe and has been home to a pair of pandas gifted by China since 2019, following a visit by the queen of Denmark to China in 2014. The area covers around 2,500 m² and has vegetation and spaces where the...
0
171

MAXXI: National Museum of the 21st Century Arts
The MAXXI is one of the Zaha Hadid’s masterpieces, which is located in the Flaminio quarter of Rome, in the area of the former Montello military barracks. The two important elements of the building are the concrete walls and the transparent roof which is composed of the systems for filtering...
0
702
Leave a Comment